The golden cob has long been a staple food of Native Americans as well as other cultures of the Americas. Because of this, shelled corn soup has been a staple in many circles for decades. When you think of corn chowder in Europe, it may not be familiar to you, but this soup has a distinctly American feel. We bring you the traditional recipe and today we tell you how to cook corn soup with waffles yourself! A rediscovered classic.

Especially in autumn and winter, soups and stews are a great way to get through the cold days. When it’s gray and boring outside again, Sopa Alentejana can certainly help bring some good mood back into the day. So that you never run out of ideas for recipes, we have prepared a few more recipes for soups and stews for you:

Psst: By the way, these 5 tricks will make your soup perfect.

The waffles in this recipe are naturally hearty and infused with spices to pair beautifully with the creamy corn soup. If you want, you can of course also serve other bread. How about this oatmeal bread, for example? Our spelled bread with walnuts is also incredibly aromatic and ideal for dipping into this soup.

Not only as a soup, but also in all other varieties, corn is always a pleasure. Do you already know our creamy corn and this recipe for spicy vegetable soup with chili and corn? This is really not to be missed.

For today, though, we’re going to start with this delicious corn chowder with waffles. Enjoy your meal! 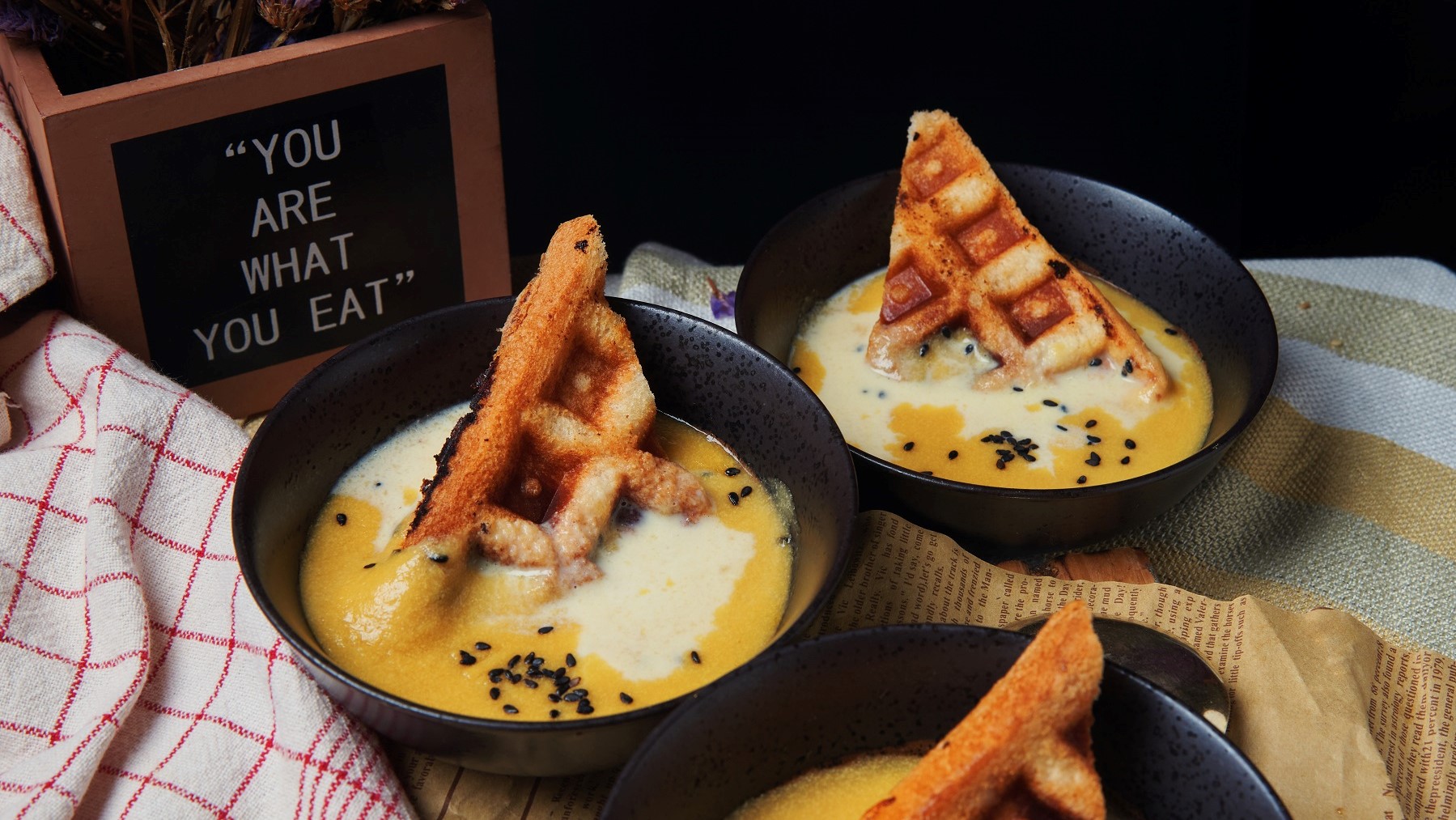 This corn chowder with waffles tastes like the paradise of America and will get you through the day warm and refreshed!

For the corn soup: